Content marketing success: How video is driving the VW brand, both on and offline 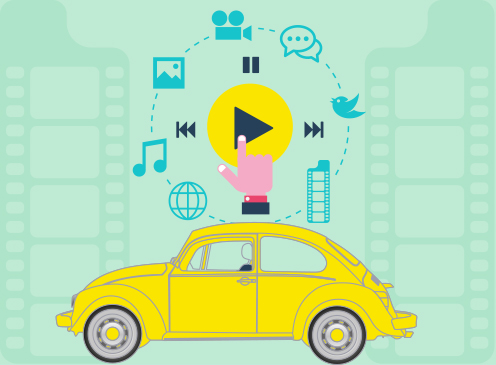 Producing content that customers want to share is the Holy Grail for marketers. Within the automotive industry, nobody does content – and especially video – better than Volkswagen.

Students of advertising will be well aware how the company has headed the field – in terms of impact, penetration and sheer creativity – since Doyle Dane Bernbach created VW’s Beetle press campaigns in the 1950s and 1960s.

More recently, the marque has carried that tradition for innovation online – leveraging a combination of TV and social media to engage with the widest possible audience.

The strategy, clearly, is working.

In all, VW accounted for a quarter of all automotive video Shares from June 2011 to June 2012 (source: Unruly 2013) – an achievement made all the more remarkable by the fact that it actually produced just 2.1% of the total number of videos created by automobile brands in that period. (Toyota by comparison produced 10.7% of automotive videos but achieved just 1.1% of views.)

Just one example, “Mini-Darth” – a 60 second slot featuring a three-year-old boy dressed as Darth Vader, who brings the family Passat to life using only The Force (and a little help from his dad’s remote-start) – has achieved near-conic status following its first TV airing, prior to the 2011 Super Bowl.

Created by Los Angeles ad agency Deutsch, the video has been viewed an astonishing 50 million times, thanks in no small part to judicious ‘seeding’ prior to its ‘offline’ début.

“The Mini-Darth ad was seeded to auto sites, popular culture sites, and even Star Wars sites.”

Like Mini-Darth, the marque’s follow-up Super Bowl commercials – which include “The dog strikes back” (2012), “Get happy” (2013), and this year’s “Wings” – are available to view on You Tube. As indeed is the company’s most recent UK offering, #woofwagen, which taps into the national psyche – we are, after all, a nation of dog lovers – utilising an array of uber-cute canines to showcase the company’s extensive range of vehicles.

Of course cynics might rightly pose the question: does VW’s rather quirky if highly entertaining approach to social media marketing actually sell cars? And the answer is: probably not. At least, not directly.

But it certainly ensures the company is ‘top of mind’ when viewers are ready to buy.

Proof if proof were needed: VW has maintained the sector’s largest market share in Europe for over two decades. And as of 2013, it ranked ninth in the Fortune Global 500 list of the world’s largest companies.

The lesson is clear: Businesses – even those without 12-digit revenue streams – ignore video at their peril.