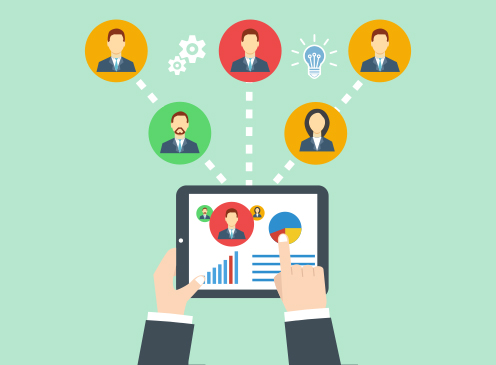 The web may have broken down many geographical barriers. But a raft of cultural and communications challenges remain for SMEs targeting international growth…

Reaching and engaging with international audiences demands an intimate understanding of their cultures and customs, laws and languages, practices and tastes. Browsing the local Rough Guide simply isn’t going to cut it. But how many would-be international marketers really take this truism to heart?

Rather, having invested heavily in – and enjoyed reasonable success with – their domestic campaigns, all too many marketers are content simply to entrust their international rollout to a translation agency: localising their copy, and exporting their existing concepts ‘wholesale’ into their overseas markets.

With, at best, mediocre results.

And at worst, well: one need look no further than the many examples of commercial ‘egg-on-face’ sustained by the great and the good – the likes of Pepsi, Nissan, P&G and countless other household name brands.

As these high-profile ‘epic fails’ clearly show, marketing in unfamiliar languages carries enormous risk: literal and direct adaptation of your messages and concepts leads inevitably to at least some degree of meaning, inference and nuance becoming ‘lost in translation’.

And missing the mark, linguistically speaking, can mean a whole lot more than missed sales: it can damage brands’ credibility irrevocably.

The lesson: if you’re expanding your business internationally, you must take time to fully understand the audience you’re hoping to reach. And to adapt your key messages – differentiators, even entire value propositions – to meet their unique needs and preferences.

International campaigns depend for their success on a platform of current local knowledge: secondary (desk-based) research can only take you so far – resulting all too often in inaccurate assumptions, generalisations and stereotypes.

What is passé in one market may be considered avant-garde in another; a fact that’s often forgotten – by web-based businesses in particular.

So, like it or not, cultivating a thorough understanding of new markets requires ‘boots on the ground’: firsthand experience of the shifting political landscapes, fashions, innovation, technology adoption and, importantly, legislation that will (or should) influence your overarching strategy – equipping you to ‘recreate’ your campaigns from the ground up.

The communications challenge transcends copy alone: colours and imagery may also influence the meaning and outcome of your ads, web pages and other communications.

For example, whilst black symbolises death in western cultures, white is more commonly associated with bereavement in parts of Asia; red symbolises joy in much of Asia – and mourning in parts of Africa. And so on.

Colours may even have political associations – potentially landing brands in hot water for all kinds of reasons.

Consider, for instance, the experience of mobile telecoms giant Orange which, when moving into Ireland, was forced either to give its successful “The future’s bright, the future’s Orange” campaign the red light – or risk alienating 50% of the population.

The lesson: whilst the Internet opens the door to a global audience, it raises myriad issues and anomalies that must be addressed.

As westerners, for instance, we’d be forgiven for assuming that Google is ubiquitous: search engine of choice for businesses worldwide. Not so: in reality, different countries favour a raft of different search engines – many of which we may never even have encountered.

China, for instance, favours search engines called Baidu, Qihoo360 (also known as Haosou) and Sogou. So, if you’ve the Far East in your sights, you’ll want to figure highly in Baidu’s rankings for your key search terms.

And you’ll want to choose those key terms carefully too – taking into account the slang, patois and jargon that predominate amongst your target localities, industries and demographics.

Because here again, literal translation – of your existing keywords – simply will not suffice. Even within countries that, ostensibly, share a common language, your target audiences may nonetheless employ completely different words and phrases to describe the same things.

Proof if proof were needed: look no further than the many noteworthy differences in nomenclature, phraseology and idiom that exist between the US and the UK, which – George Bernard Shaw remarked – “are two countries separated by a common language”.

When planning an international rollout, firms must consider too the extent to which advertising and sales regulations may differ between their domestic and foreign markets: a challenge, which may be exacerbated in less stable regions, where laws (and indeed governments) can change fast and often.

For this reason if for no other, marketers who are planning their first tentative steps overseas might be advised to consider working – in some capacity at least – with either partners or experienced consultants in their target geographies.

Because, as any successful global marketer will attest, where marketing communications is concerned: one size simply does not fit all.