Marketing: Make or buy? Why ‘doing it yourself’ can be worse than not doing it at all… 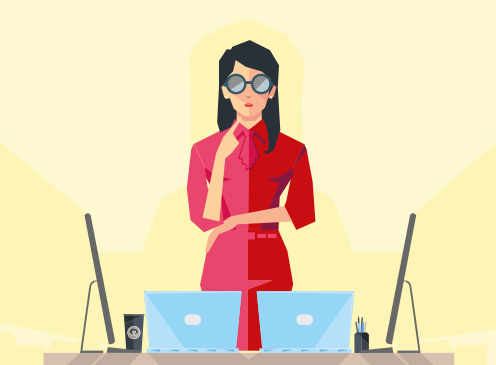 Business leaders are, by their very nature, DIYers…

That’s not to say they spend every spare moment prowling the office corridors, spanner in hand: even the most sanguine of entrepreneurs would draw the line at servicing the company boiler. (Well, hopefully.)

They might, however, be tempted to – for example – have a stab at writing their next ad campaign; ‘knocking out’ a direct mail piece; taking a crash-course in WordPress – with a view to self-publishing their next website…

… or indeed tackling any of the myriad marcomms tasks that are now, prima facie, ‘a breeze’ thanks to a plethora of low- and no-cost publishing tools.

Unfortunately… those same tools don’t turn dilettantes into authorities: rather, they seduce the unwary into believing they really can market themselves – and, perhaps most enticingly, they can do it on a shoestring budget.

In the best-case scenario, following a few false starts (concluding, usually, with a stream of invective) reason will prevail: the resulting communication will be found wanting, and the exercise written off as an infuriating waste of valuable time.

Worst case, however is that, the ‘finished’ (“Oh, it’ll do”) mail piece… or email… or case study… or whatever… actually makes it to prospective customers’ desks.

Lured by the prospect of communicating directly with “millions of prospective customers”, businesses are now Posting, Tweeting, Sharing and ‘Pin’ing like hyperactive pre-teens. And with similar results.

Lacking strategic direction (not to mention, essential content, communications and journalistic expertise), the majority of corporate posts serve only to add to the general melange of (frequently misspelt, often impenetrably obscure) missives and messages – the ‘white noise’ if you will of the average Timeline.

Let’s be clear: the use of social media doesn’t make for smarter marketers – it simply provides a forum for marketing maladroits to parade their shortcomings to a wider audience.

The problem, often, is not an inability to write grammatically correct English. Or indeed, a diminished sense of ‘the aesthetic’. Rather, it’s a lack of objectivity: business-owners are simply too close to their own brands.

And, to be successful, marketing demands a genuinely unbiased perspective: an awareness of products’ core strengths, uniques and differentiators – and of their shortcomings, weaknesses and competitive threats.

It also requires an intimate knowledge of marketers’ entire (and constantly evolving) ‘toolset’: from press ads and PR to search, content and social marketing; email, mobile… and much more besides.

I think so too.

Like it or not, we live in age of marketing specialisation: the demise of ‘the generalist’ is at hand. And in-demand digital skills – in areas such as marketing automation, big data and mobile – are in short supply.

So, the best that would-be employers can hope for is a compromise: to attract a marketer who is strong in a handful of areas – then outsource the rest.

In all probability, s/he will also expect some form of bonus, a contributory pension scheme, health insurance and at least four weeks’ holiday entitlement. (Oh, and don’t forget your Employer’s NI obligations: a figure somewhere north of £4,000pa.)

So all in all, the real cost of a single marketing all-rounder may be closer to £60,000. And of course you’ll have to continue to pay them when they are absent through illness – nervous exhaustion being an inevitable consequence of carrying such broad marketing responsibility on a single set of shoulders.

I’m kidding, of course. In reality, if they’re really that good… they won’t hang around for more than a year or two anyway. Because they’ll be poached. Probably by an agency.

Taking your IP with them.

Now consider the alternative: outsourcing to that same agency.

£60,000 buys you an awful lot of expertise: more, probably, than you’re likely to need. And it enables you to tap into the specific disciplines you need, when (and only when) you need them.

Good agencies are ready to hit the ground the running: no employee training or HR involvement required.

They don’t go sick. They don’t take holidays. And they’re able to draw on a collective expertise that is simply not available in a single individual.

Factor in the related cost savings, and it’s clear: outsourcing really is the ‘smart play’ for ambitious enterprises.

And hey; it may even free up your time to take a look at that pesky boiler.